How much India spends on a Lok Sabha election? 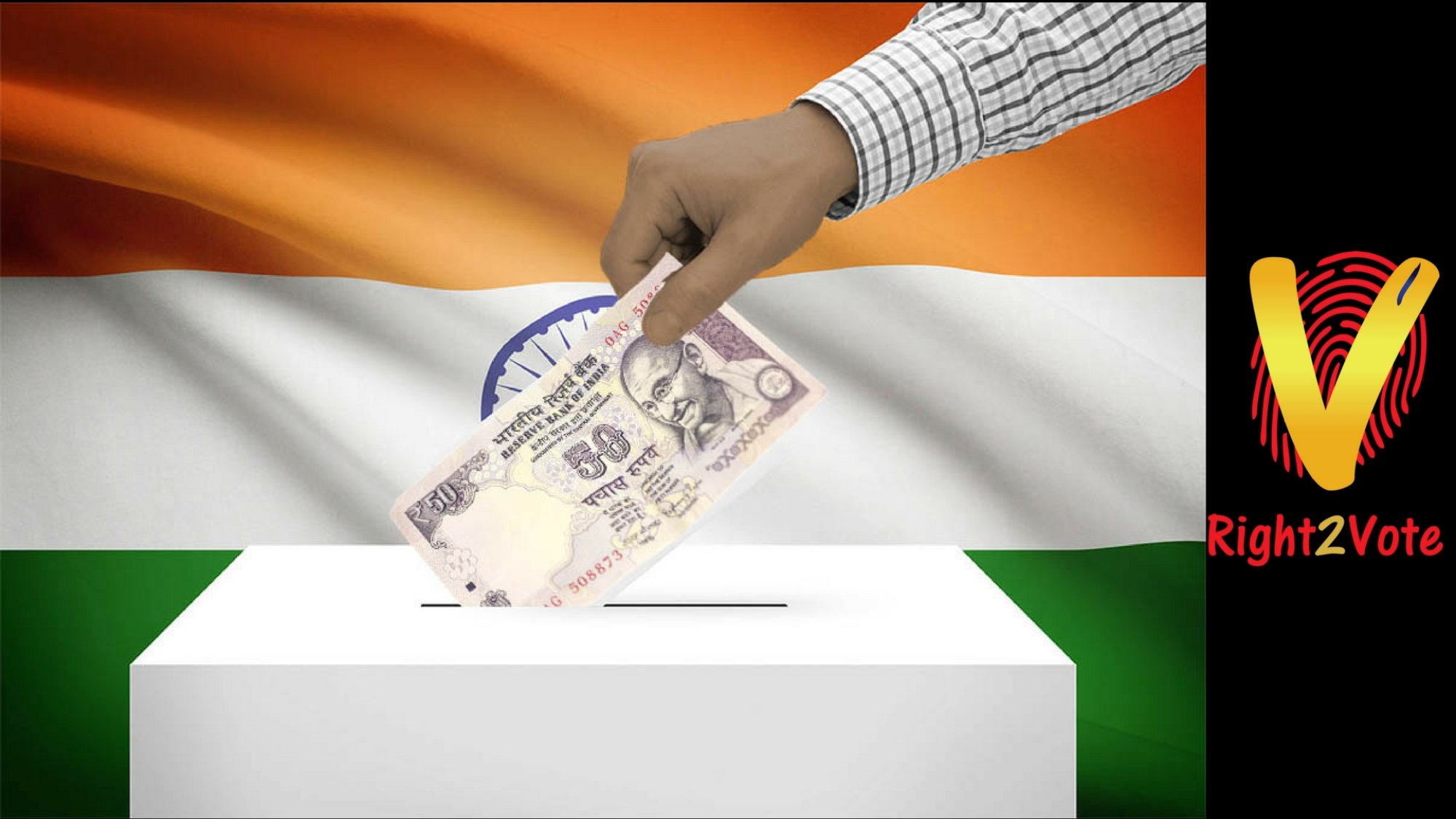 Foundation of good decision making is availability of sound data. I believe, big reason for low quality political decision making in India is misleading & low-quality data. The whole process of accounting in government is managed by people who have no training in accounting. Also, the leaders – bureaucrats from administrative services and politicians have no understanding of accounting.

As per government figures Rs. 4000 crores* was spent in 2014 Lok Sabha elections. My back of the envelop calculation suggest the number must be more than Rs. 30,000 crores!! I filed a RTI to get the details but did not get any response. With limited information, it is not possible to come up with an exact number, but in the text, that follows, I will convince you that it is many times more than Rs. 4000 crores.

In the attached link from Times of India, Mr. Modi not only quotes Rs. 4000 crores number but also mentions that more than 1 crore people are required to manage the 2014 Lok Sabha election. Which means government spends only Rs. 4000 per election worker. ( Rs. 4000 crores / 1 crore people). Is it possible?

Generally, people are deployed in district other than their home district to avoid conflict of interest. The people who work on election are not only paid daily allowance but also all their expenses relating to flight / rail expenses of the personnel to the voting district, their hotel expenses, their food and local transportation expenses is borne by the government. And mind you the election process goes on for more than 60 days. Hence on an average a person would be employed in the process for around a week or so.

If cost of new EVM machines is Rs. 3173 crores, that leaves only Rs. 827 crores for the rest of election work. And mind you this is just the purchase price. There is substantial spend involved in security, testing, reconfiguration, training, logistics, maintenance of these machines. There might be an argument that these machines have long life, but that is untenable argument in rapid changing technology era. Sudden upgrade to VVPAT machines proves the point.

Please note, the above expenses do not include the opportunity cost of people and resources which is diverted to election management.

What is the opportunity cost of lost classes in government school where teaches have been sent on election duty?

What is the opportunity cost of the security personnel who is moved from border and deployed on election duty?

What is the opportunity cost of the school or other government premises which is used for booth?

What is the opportunity cost of IAS and other government officials time who are deployed to election duty?

What is the opportunity cost of declaring holiday on election day? One day GDP of India = Rs. 40,000 crores

What is the opportunity cost of policy paralysis due to ‘Election model code of conduct’ announced by Election commission around elections?

So, who is paying the difference?

The obvious question is why would anybody under report the expense and then who is paying for it? Of course, government (we taxpayers) are only paying for it. The problem is it’s not been accounted properly. For example:

1.      The cost of deploying 1 crore people are appearing so low because their regular department is bearing their expenses in form of salary, daily allowance, major portion of their logistics and other expenses.

2.      The substantial part of cost of setting up of booth is borne by the government school or other public / private entity that is providing the space. Not only election commission does not pay the rent for the space but makes the organization to bear expenses like electricity, power back up, communication, toilets and other utilities, cleaning and other labour.

3.      The cost of EVM machines are shown as a separate one-time capital expenditure and not allocated to elections.

4.      Security expenses including deployment of army personnel, planes, equipment is borne by the defense ministry, local police department and other similar departments of government.

5.      Cost of running the Election commission, its employees, their logistics and other expenses are funded as regular expenses of Election Commission and not counted in election cost

6.      Bureaucrats including IAS officers involved in the election get reimbursement from their home department for expenses like flight tickets, transportation vehicle, hotel stays, communication etc.

7.      Large number of government properties including guest houses are used by election officials and expenses are booked as regular expenses of the property and not allocated to election

8.      Sitting MPs, MLAs, other party workers with government posts use resources of their own ministry / department and does not book them as election expenses. Lot of Public Sector Units (PSUs) resources are also used. Recent expose by one of the media channel showed that these politicians are paying Rs. 30,000 plus for one-way flight ticket and their individual annual TA, DA bills are in lakhs and crores.

Accounting is not rocket science but it requires technical knowledge

After reading the above, many of you might react – how does it matter how you capture in accounts? The fact is tax payers were supposed to pay for it and tax payers are paying for it.

Would you say the same if Mr. Modi reduces the cost of Bullet train by showing major part of the investment as farm loan waiver?

Accounting provides information which forms the basis of all decision making. Wrong accounting leads to wrong decision making. Accounting Standards and concepts are built over years to ensure proper recording of accounts. People who are not trained in accounting does not understand the difference between capital expenditure and revenue expenditure. Similarly, concept of cost allocation and process of allocation would not be easy for somebody who is not trained in accounting.

Institute of Chartered Accountant of India (body formed by Act of Parliament), notifies accounting standards which all companies in India must follow. Somehow, Government of India and its departments do not strictly enforce these standards.

So, what is the solution? – Mobile Voting

Many people would react, even if cost of Lok Sabha election is Rs. 30,000 crores, we need democracy and we cannot wish away this cost. The fact is – elections can be held at less than 1/10th the cost with the help of mobile voting. With mobile voting people would be able to vote from anywhere directly from their mobile and would not have to waste time and effort to visit a booth. The requirement of setting up 10 lakhs booths can be eliminated completely. Similarly, election can be managed with less than 1000 people compared to more than 1 crore right now. There would be no requirement of EVM machines. The whole election process can be completed in 1 day compared to 2 months currently. Other benefits include no need to declare holiday on election day, no need of months long election code of conduct and biggest of all – higher voter participation leading to better selection of leaders.

We at Right2Vote Infotech P Ltd, specializes in providing mobile voting platform for election and have technology to authenticate voters via Aadhaar over mobile. We can guarantee that the whole election can be held in less than 1/10th the cost.

Lok Sabha election costs Rs. 30,000 crores. Then we have state elections and local body elections where same 100 crore citizen need to vote. In all we are spending around Rs. 90,000 crores every 5 years on election. This is roughly investment required for bullet train between Mumbai and Ahmedabad. There are so many people questioning whether India can afford bullet train. Going by same logic, can we afford booth based elections?

Election is not limited to Government. Every organization including cooperatives, professional associations, corporates, clubs, housing societies and colleges have member election. Just ensure that your organization is not wasting a fortune on booth based voting! Who knows, moving to mobile voting can save you enough to buy you a Mercedes!