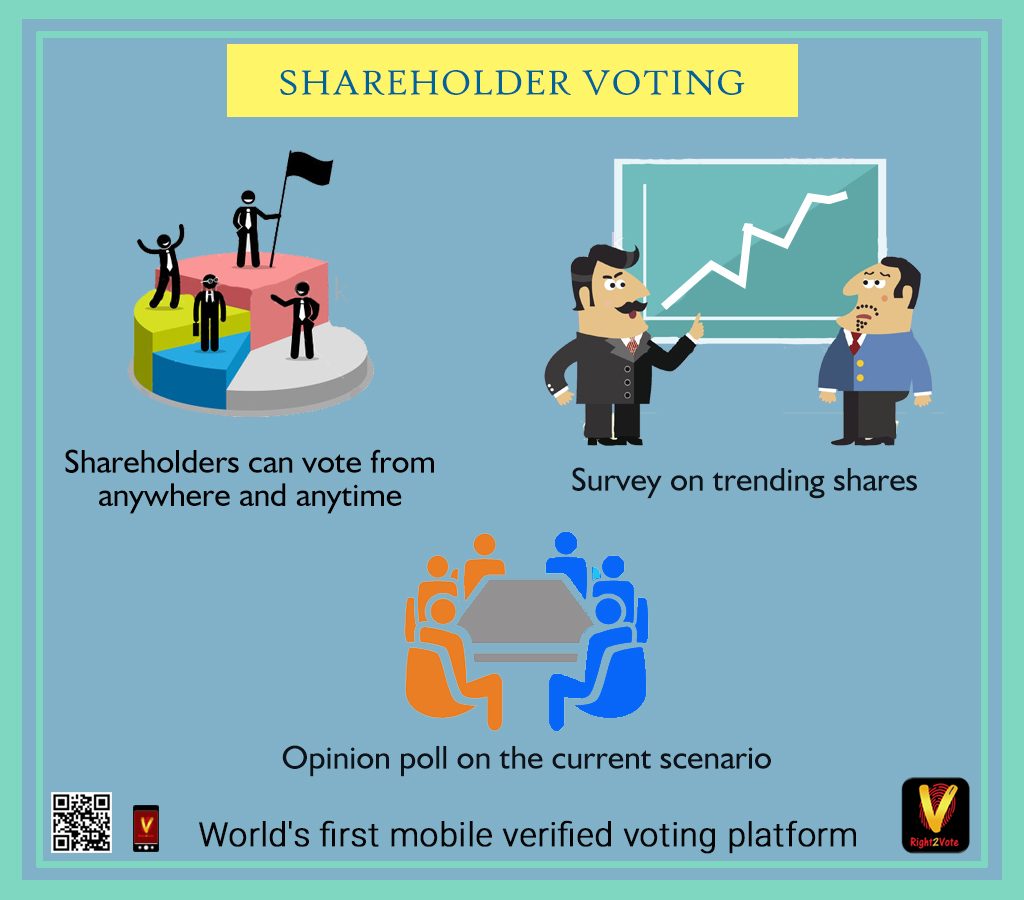 Every company has several shareholders who have right to participation in key decision making of the company. Hence every year companies hold minimum 1 shareholder meet called the Annual General Meeting (AGM) where all the shareholders are allowed to vote on various resolutions. Apart from AGM, companies call EGM (Extraordinary General Meetings) where extra-ordinary items (like merger / acquisition / removal of director) which require shareholder approval are voted upon.

Unlike most other types of voting where each person has one vote, shareholder voting is different as number of votes with a person is determined by the number of shares he holds. If a person has 100 shares of the company, then he has 100 votes.

As AGMs of the company is held in cities like Mumbai or Delhi but the shareholders are spread across the country and the world, it is very important to provide Right2Vote to the shareholders. Hence mobile voting technology that Right2Vote has developed becomes very important enabler in empowering minority shareholders who otherwise have no say in the functioning of the company and cannot afford to travel all the way to the city where AGM is being held.

Apart from India many countries have already made eVoting mandatory for shareholder voting. Considering governments across the world are making eVoting mandatory is proof of the acceptance of internet based voting and is indicator of how elections in other domains including political elections would evolve.