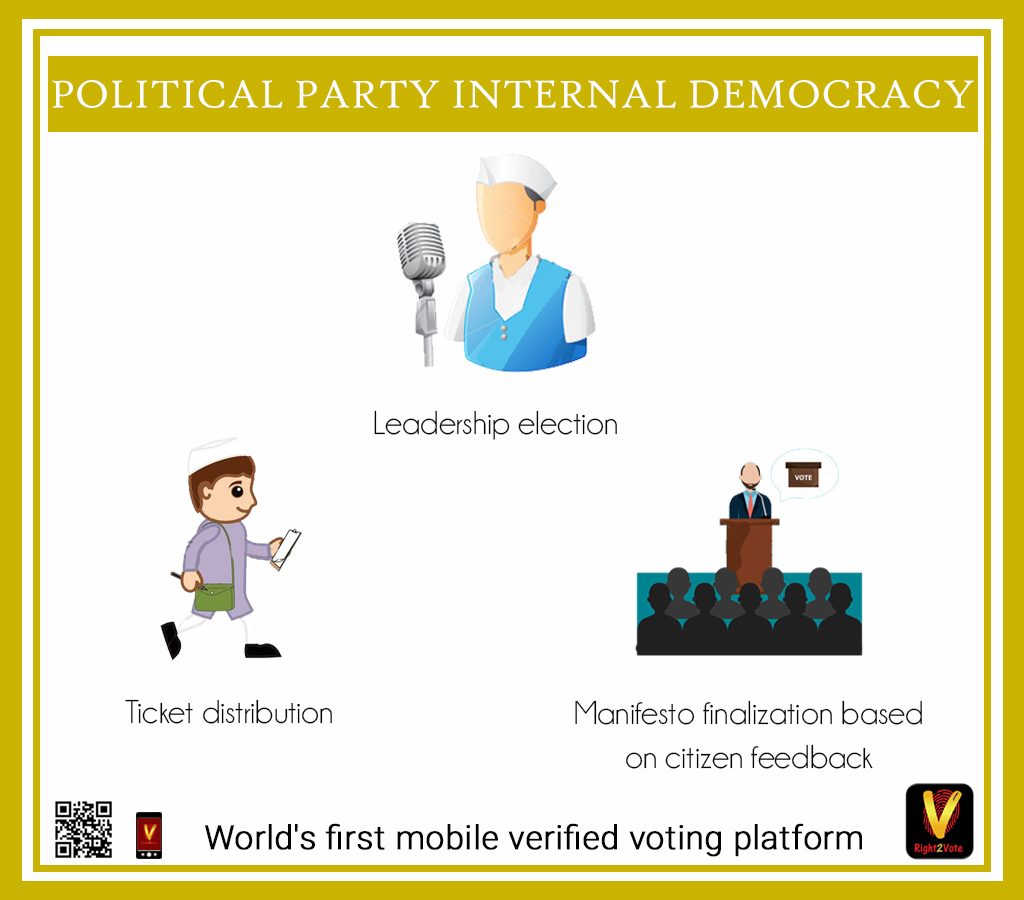 All political parties are nothing but association of members. To govern the party, the party needs to elect among themselves members to lead the party. Election Commission of India also requires that all parties should have internal party democracy and elections should be held at regular interval to elect the management committee.

As members of political parties are spread across various states, it is very costly affair to have regular elections among the party. Right2Vote platform is a very effective tool to manage such elections in a cost, time and effort efficient manner.

Apart from National level management committee election all political parties need to election their state heads, regional heads, city heads, and various other such posts. Right2Vote platform is also very efficient for resolving disputes and issues which can be solved by democratic voting among the members. It can also be used for ticket distribution. Recently we have seen several political party members fighting among themselves for control of the political party and for right to use the party symbol. In such scenarios Right2Vote’s mobile voting platform can help in resolving the disputes in fair and transparent manner.