Is eVoting legal in housing cooperative societies in India? 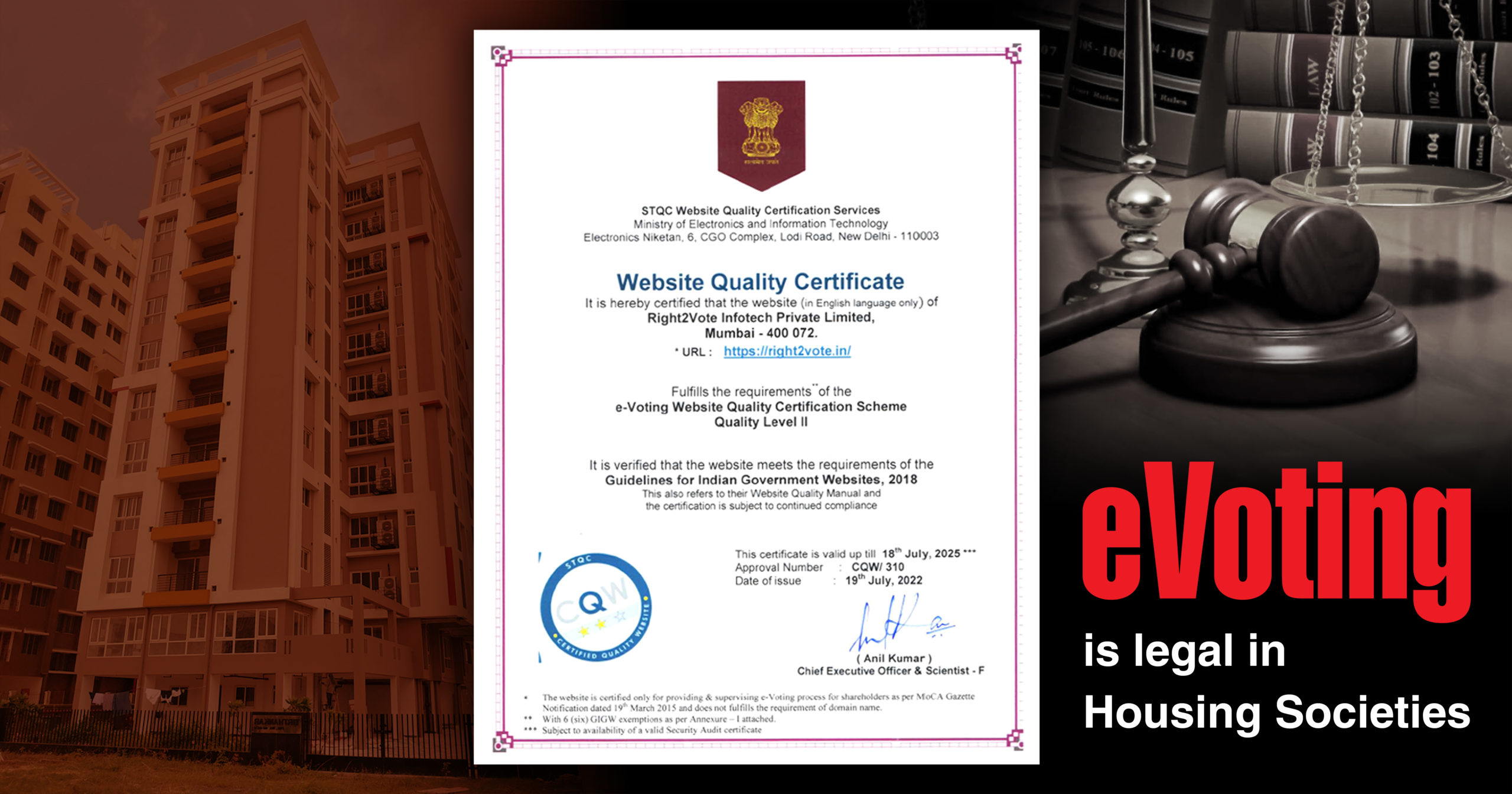 The short answer is – Yes, eVoting is legal in housing societies all across India. It is legal in all the states in India without exception.

There are two kind of vested interest who work hard to create a myth that online voting or eVoting is not legal in India. These are:

When you are up against such corrupt clerks and society members with vested interests, you need the following ammunition to insist on online voting:

Conclusion: Online voting or eVoting is advanced and better version of voting. It helps to increase voter participation and hence leads to better outcome. Like everything including legal systems, banking systems, communication system, voting system also have to accept and adopt advancement in technologies. Government of India and Indian courts have already adopted online voting for more than 10 years now. People who are challenging legal validity of online voting are just fooling around. If Central Government of India has tested, certified and approved an agency like Right2Vote as an approved eVoting agency, then a small clerk sitting in small state department has no right to question the validity of online voting. It is moral obligation of these officials to facilitate maximum member participation in voting to ensure protection of minority interest. Online voting increases voter turnout compared to offline voting by providing right to vote to members residing elsewhere. By creating impediments and refusing to accept online voting they are abdicating their responsibility.  If a clerk asks for a separate written approval from state cooperative commission, he is just looking to make some extra money under the table. Just ask him to show where it’s written that online voting is not legal.