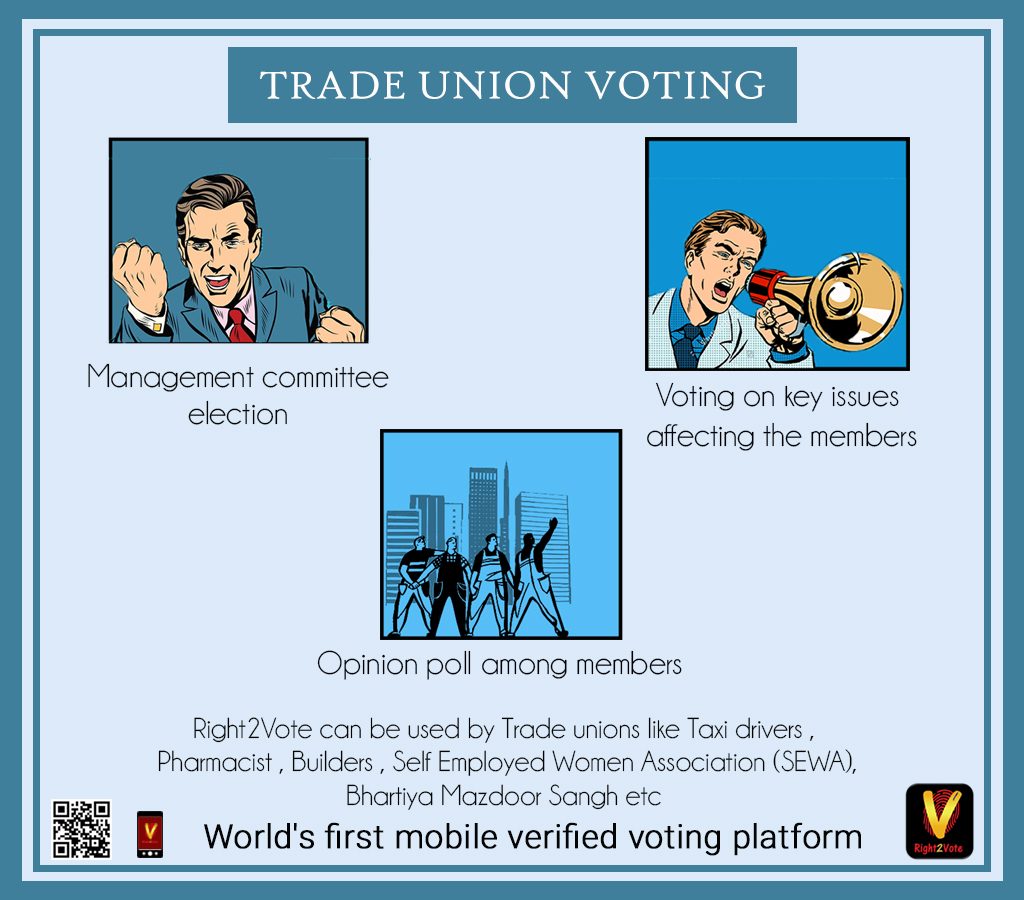 Every trade has a union and every union has decisions to make. And every major decision requires member consultation among members or voting.

All trade unions are bodies representing its members. These unions have members which may be in thousands and hence they must elect among themselves management committee members who look after the day to day affairs of the union. Generally union elections are held every year. Examples of unions are:

As most members of these unions are geographically spread and cannot spare time to go to specific location to vote, voting percentage in union elections are very low. Right2Vote’s Mobile Voting technology is a perfect solution for these organization to manage election in a fair, transparent and efficient manner.

Right2Vote’s Mobile Voting technology is a perfect solution for these labor unions to manage election and decision on key matters in a fair, transparent and efficient manner.